Hidden Bloods Pack is a wolf role-play. The two clans, the fallen tree and marsh creek roam the lands.

You are not connected. Please login or register
Welcome, Guest to the Hidden Bloods Pack!
Which clan will you choose? The Fallen Tree or the Marsh Creek?
Join us now and become part of the family!

Name:
Vixen
Nickname:
Vix, Vixy
Clan:
The Fallen Tree
Rank:
Guardian
Age:
2 years
Gender:
Female
Birthday:
November 15
Sexual Orientation:
Bisexual, 75% male, 25% female
Appearance:
Vixen is a light brown wolf with gray along her back, tail, neck, and parts of her face. Her ears, legs, and tail tip are black.
Personality:
Vixen is an outgoing wolf that tends to socialize with others, even to those whom she is a stranger to. Calm and collected, the atmosphere she emits is welcoming as an odd warmth seems to fluctuate from it. This too coexists with her natural instinct to ensure the safety of those around her, as she finds a necessity in protecting wolves that find peace with her. Naturally, however, there is a side to someone that no one ever wants to see. Sensitive to the past that she had lived, any mentioning of her family in a foul manner is reacted to in a fiery impulse, becoming rather hot-headed. Like an unpredictable force of nature, Vixen's impluses may vary in severity depending on her current mood, and what had been said. Though, such a fragile topic is not without reason. Due to this, she tends to distance her true emotions to others in fear that what may be, can happen. Refusing to relive the heartache of her past once more, Vixen's heart hardened. This makes it complicated to recieve a proper answer on what she's feeling, only hiding it all behind a simple yet deceiving smile.
Family:
Mother- Rosa, deceased
Father- Bullet, Alive
Sister- Carrie, Deceased
Crush:
None
Relationship:
Single
Background:
Vixen was born in Northern Ontario near the Great Lakes with her Sister, Carrie. Before birth, her family was never a part of a pack, choosing instead to roam the Quebec area. It was only when both Vixen and Carrie came to be that their parents were forced to stay put in a single place for the initial months to come. The landscape, as well as memories weren’t something that Vixen could entirely recall, but one experience did however stand out above all else. When she was four months old, Vixen had been exploring the den with Carrie. Along the shores of a lake, the two sisters played with one another. Their joyful laughter stained the atmosphere, splashing water onto one another as the thought of danger became an oblivious factor to them… before it was too late. An ear piercing screech was heard as a shadow fell upon the two pups. It was no more than a few seconds to react before the razor sharp talons of the eagle pierced into Vixen’s flesh. A cry of pain escaped her maw, the damp floor underneath her paws leaving her as the predator rose the female up into the sky. Fear had consumed her, but with it, panic. Lashing ferociously in hopes to preserve her own life from death, Vixen tried ever so desperately to snatch a hit on the eagle. Thankfully, with luck on her side, fangs chomped down onto one of the talons. In response, the avian quickly released the pup from its grasp. Her luck only blossomed onward, as the youngling had been dropped over the very river they had been playing on. Howling instinctively, the plummet lasted for what felt like a decade before finally colliding with the water. All four legs spasmed in every direction, fighting to stay over the surface of the water as her head barely edged from it. As water seeped into her lungs, breathing became complicated as her strength gradually depleted. The only memory afterwards was Bullet, Vixen’s father, rushing to save the drowning pup as he called out to her in anxiousness and panic. All of what transpired from there on out was but a blur as her consciousness drifted away into a deep slumber. A year prior to this in. A year after the incident, and much more was to occur. Something far more violent. As the wandering family traveled the lands without a worry in mind, they had unknowingly trespassed the territory of a pack that had settled there. Before managing to even take realization to what they had been walking themselves into, the four were surrounded in the blink of an eye. Introductions and queries were bypassed as the pack had simply threatened them if they were to not vacate the territory immediately. Alas, before any form of response was given, they had attacked. Blood thirsty wolves struck without remorse, looking to place the killing blow. Through the carnage and discord that transpired, Bullet and Vixen fled from the battle by miraculous proportions. Unfortunately.... Rose, Vixen’s mother, and Carrie never made it out. The final moments Vixen witnessed of their lives was being mercilessly mauled by their aggressors. Such a sight would never leave Vixen. A scarring scene that would forever be engraved into her soul. As the months came to pass, her father had insisted that they were to part ways, and that she was to forge her own path. Ever since then, the female has traveled as a lone wolf. Her heart now cowers behind walls, protecting herself and others in hopes to never repeat that heartache that she had felt. 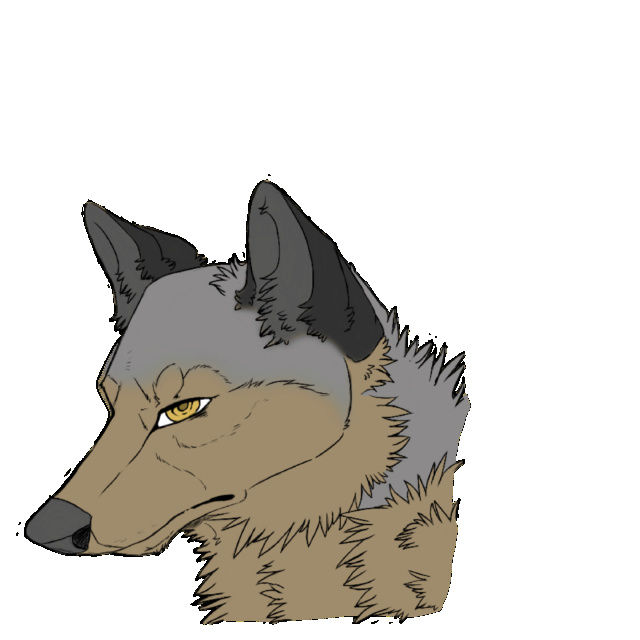 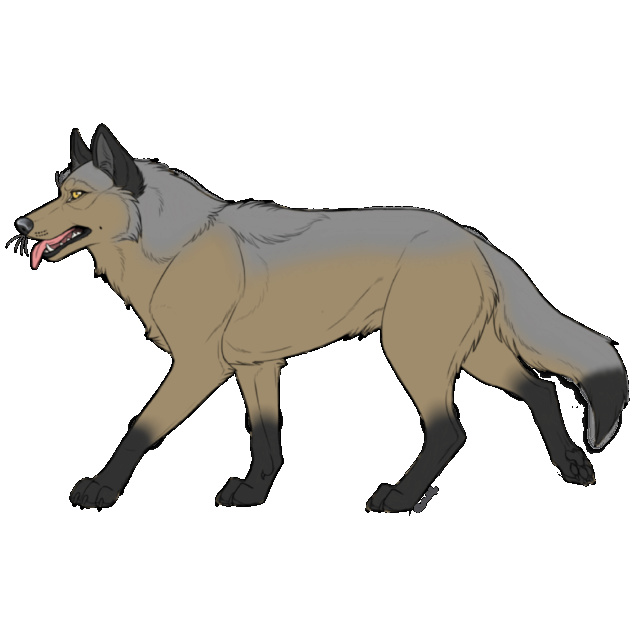 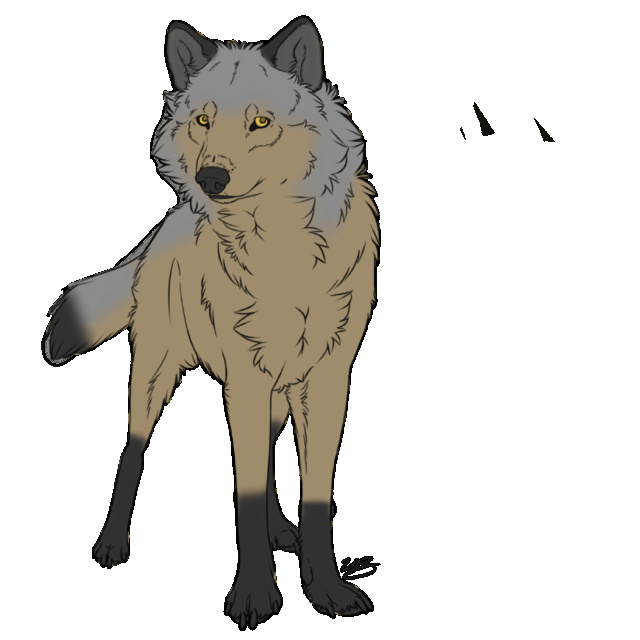